The Meditherm Iris camera is the camera for medical thermography

Every now and then I get the question
"What camera are you working with?"
The answer of course is " The BEST" of course 🙂

But what is so special about a Meditherm Camera?
This camera is exclusive to certified thermographers of the ACCT interpellation network.

More and more (cheaper) cameras are being used for medical thermography, but these are much less specific for thermography in humans.
These cameras have been developed for the industry; think of tracing pipes in walls, for use in the food and packaging industries and so on.
Meditherm's Iris camera has been specially developed and optimised for the human body.

I applaud the growth of thermography however not at the expense of quality.

When I started with medical thermography almost 10 years ago, it was completely new for us Dutch.
Fortunately, this has changed.

Unfortunately, with growth comes confusion and competition.
Now I have to honestly admit that I was a little off balance when I saw the industrial photos...so pretty!

But... are these images better?

Thermography Amsterdam works exclusively with quality medical equipment of the registered trademark Meditherm.
The image resolution (the number of megapixels), the temperature range (the minimum and maximum temperature) and the detectable temperature difference of our Meditherm camera are optimally developed to detect physiological abnormalities in the human body.
The camera is accurately set to take pictures in a temperature range between 30°C and approximately 38°C.
That's all the human body needs.
The colors are set in the so called "medical palette" with 16 color gradients

This is in contrast to other thermographic cameras, which are designed for industrial use and can record temperatures between 0°C and 150°C measurement, which means that 'environmental factors' can have a negative impact on accurate imaging.
Because good thermographic image sensors are enormously expensive, the aim is to reduce the most exact recording that doesn't necessarily have the largest number of pixels.
For thermography, the standards are currently as follows:

Our camera is unique:
Because each pixel can be measured separately, it can be accurately compared to any other pixel in an image, as well as to any other image.
This means that any comparison of images over the years is efficient and exact.
Our doctors are specially trained to analyze the images and it is very important for a correct assessment that the images are not influenced by environmental factors or recording technique.

We usually assume that a photograph is beautiful if it is sharp and well exposed. In medical thermography, an image is of good quality if it shows the correct temperature in the desired number of steps.

The quality is much more important than the resolution.

Our goal is not to create pretty pictures, but to create images that can be used for interpretation.

Meditherm is the only thermographic system specifically designed and calibrated to measure human body temperatures.

Thermologists (doctors who review our images) can, measure the temperature pixel by pixel to 0.01 degree and compare with special software as below.
The Meditherm Interpretation and Reporting Software.

You understand that unfortunately it is not possible for our doctors to read photos made with another system than Meditherm for comparison and vice versa.

Visual sauces can be added to thermographic images with image processing software.
Think of combining it with regular color pictures or with pictures of the human anatomy.
Then you can see the teeth, lymph and organs.
In our reports this does not happen, you only see the pure infrared images without any modifications or additions.

Comparison between the two cameras 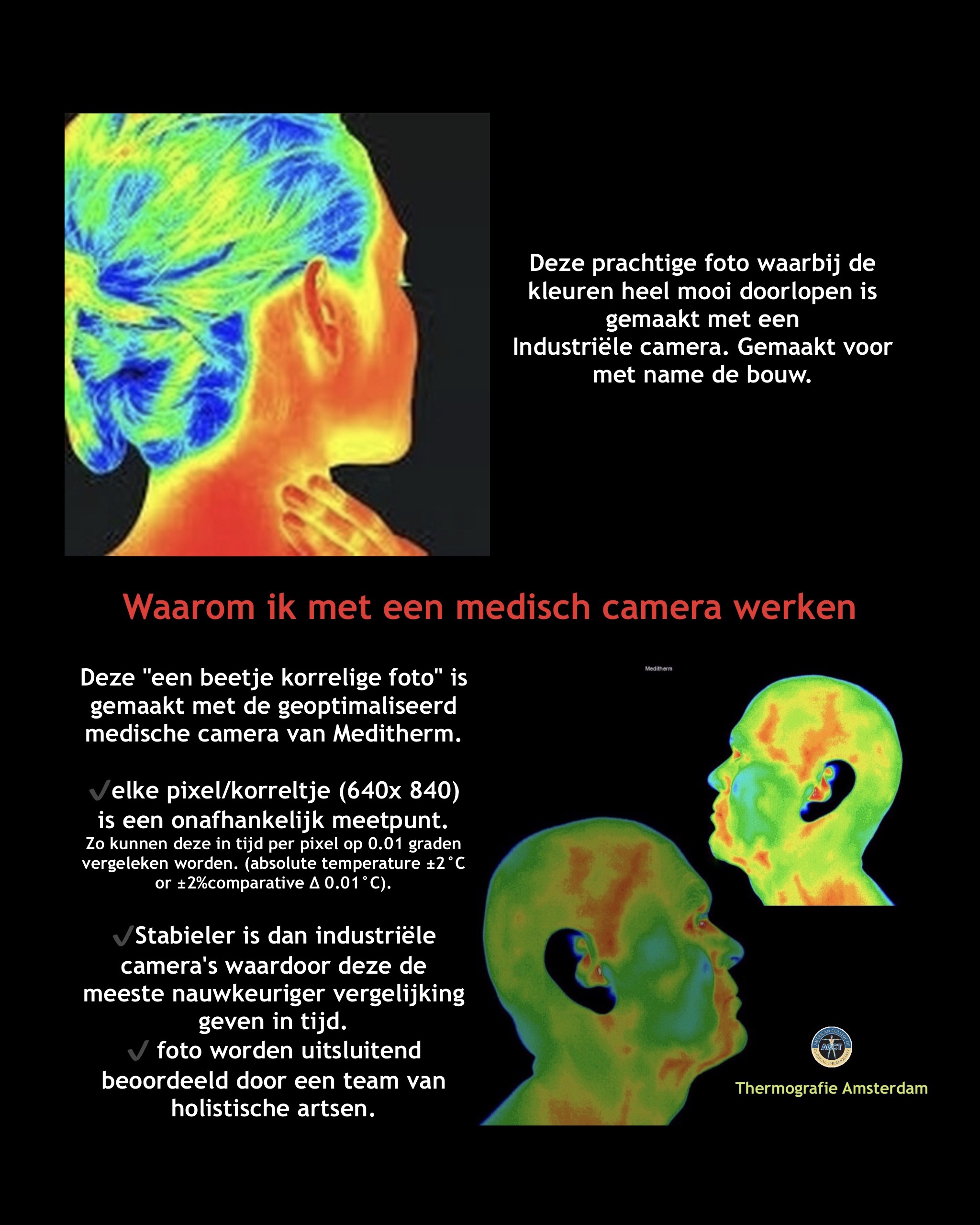 The top photo is beautiful all the colors blend together nicely.

The lower picture is perhaps less beautiful, but much more specific.
The partones on the head, the inside of the ear, jaw and neck can be clearly distinguished.
Remarkably good how the position of vein in the neck and the warmer glands under the jaw eh the head can be seen.

The doctors who analyse our infrared images have special software that allows the colours of the images to be shifted very precisely in order to discover patterns. This creates a kind of fingerprint. 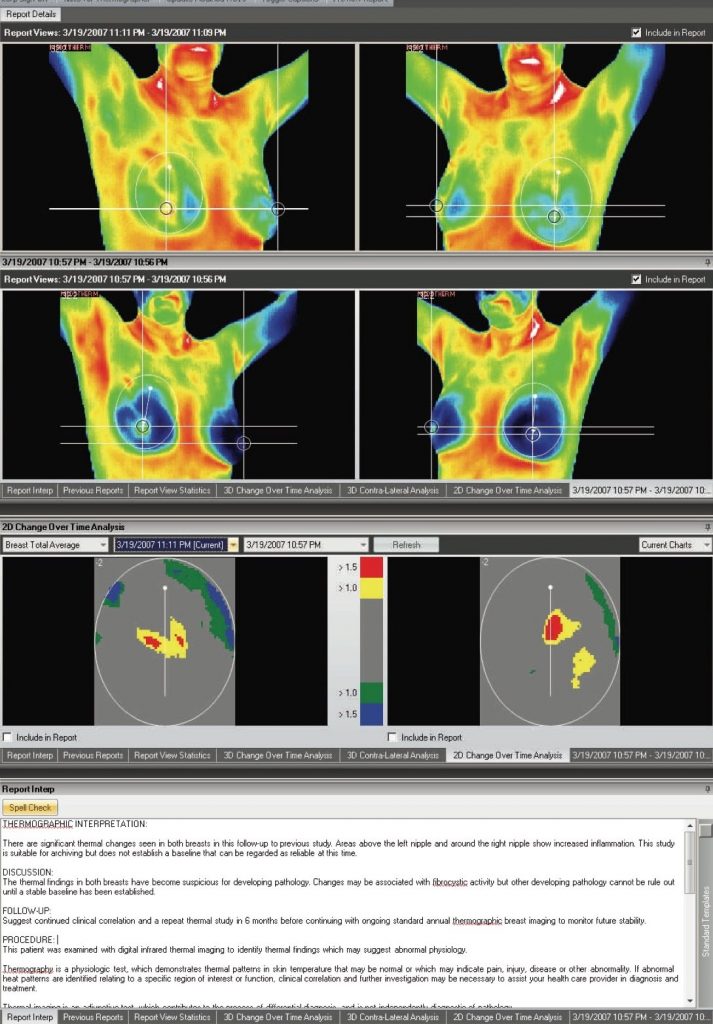 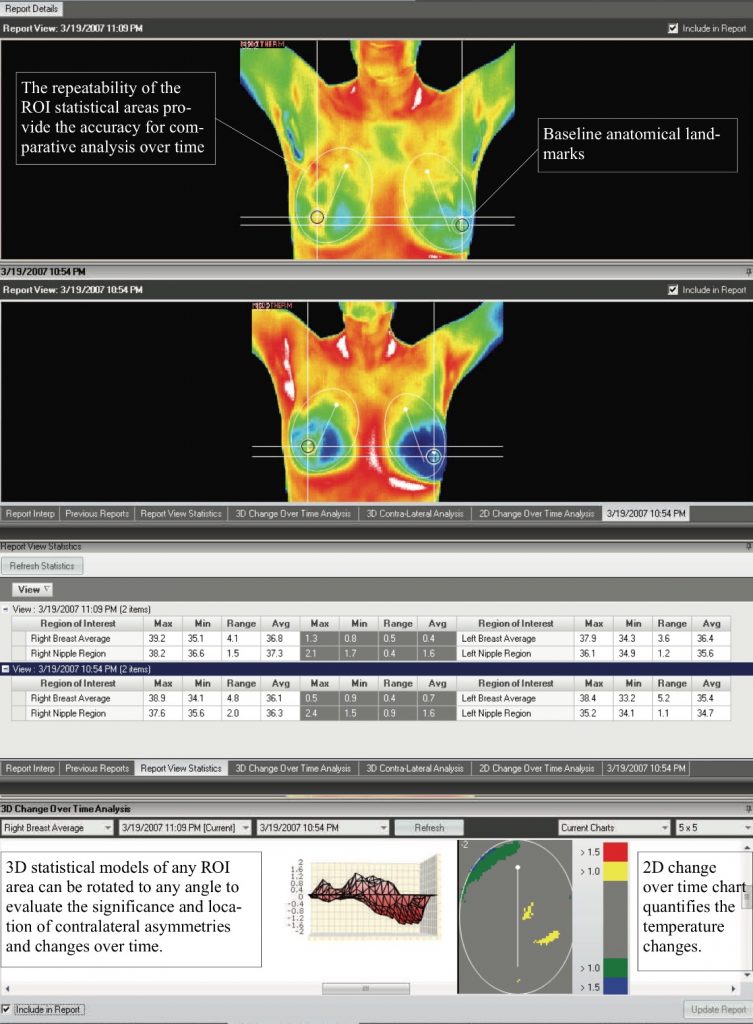 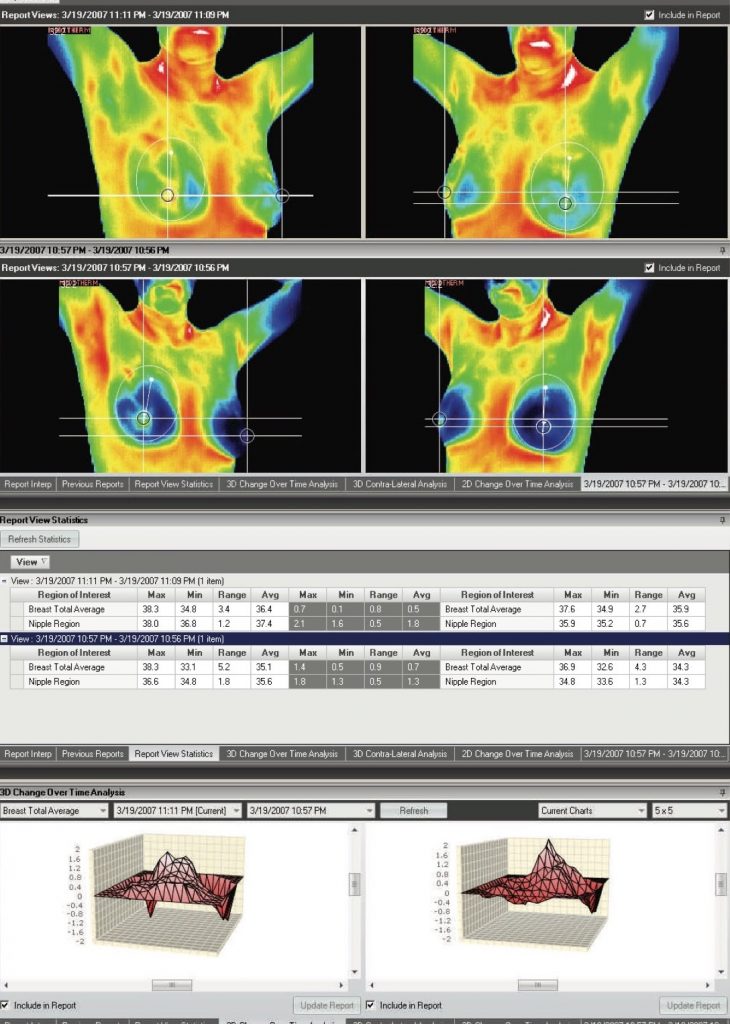 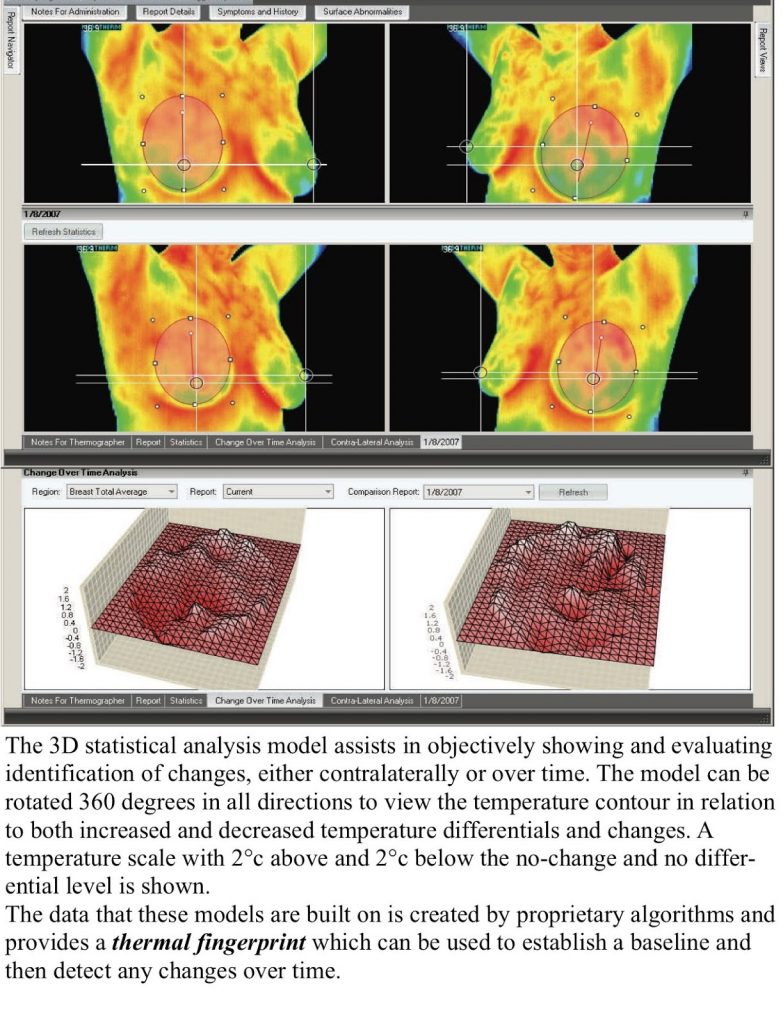 The camera software takes a large number of measurements within different image points and records these in a special file. The special equipment 'translates' the infrared thermal images, a part of the spectrum invisible to the human eye, into colour images. The software usually adds red at high temperatures and blue at low temperatures. This is the classic infrared image that most people are familiar with.
The amount of color difference between each temperature is also adjustable. This allows the thermologist to read each image as accurately and optimally as possible.

The doctors who do the interpretation of the infrared images are all members of the ACCT - American College of Clinical Thermology.

Full specifications of our camera; the Meditherm Iris 640 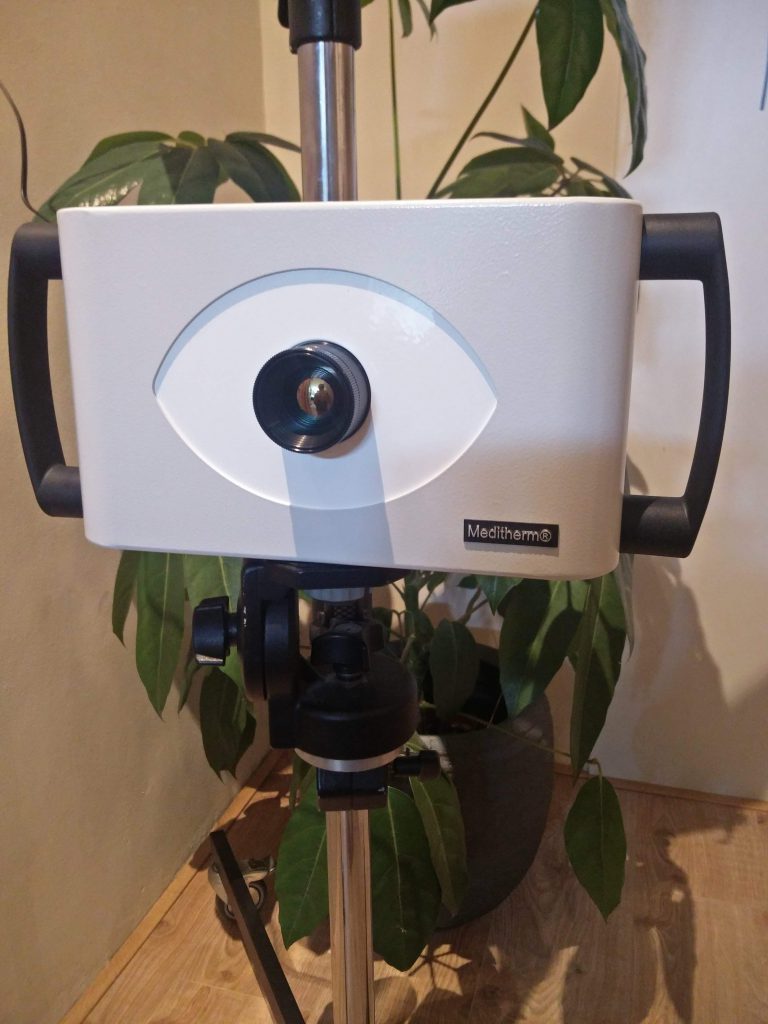